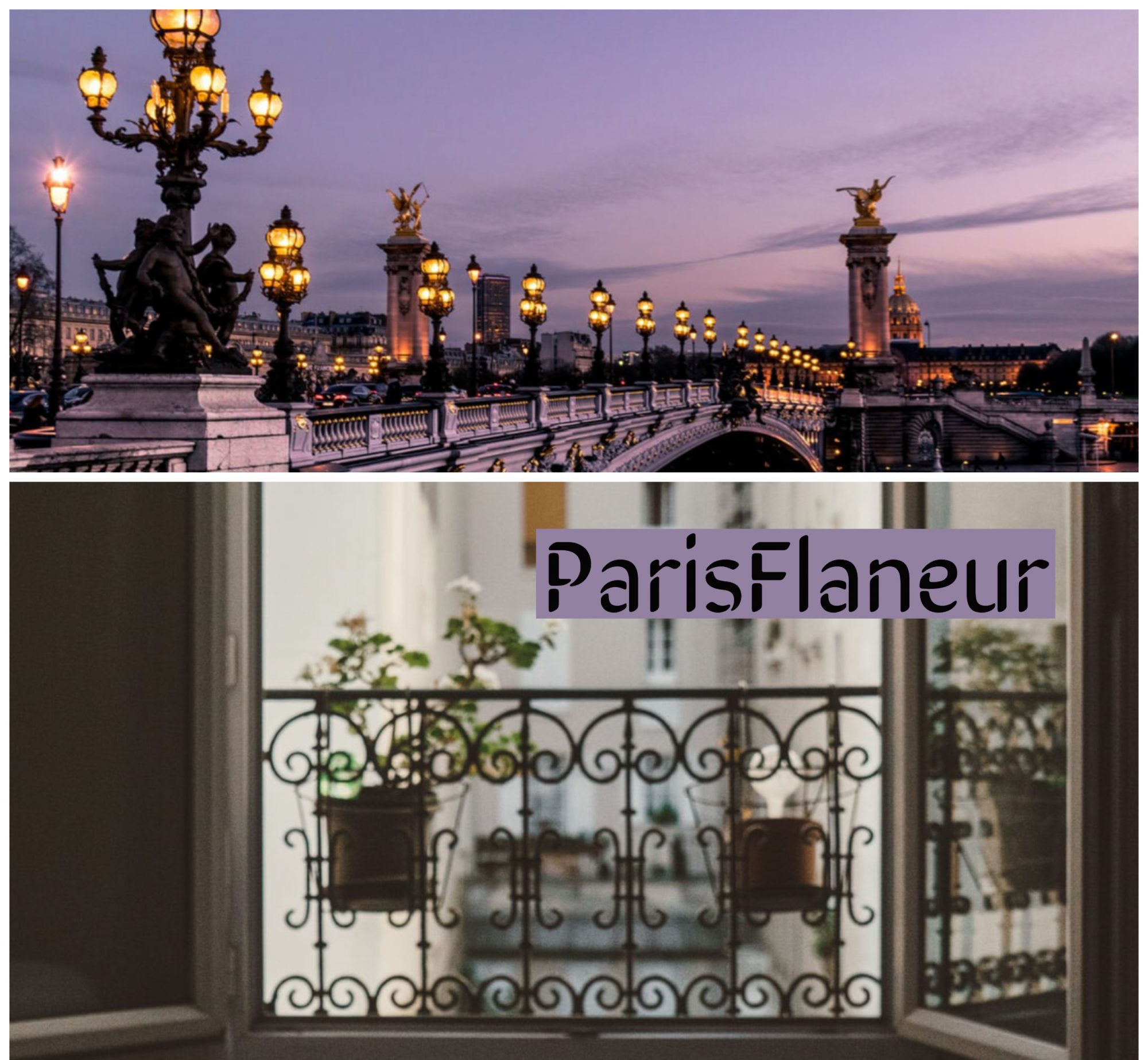 There I was this afternoon, all dressed up and ready to go — eagerly anticipating a Bach concert in an historic Left Bank church… but no Uber in sight …

Blame it on my useless phone or the malevolent city system known as Paris Free WIFI.  It won’t provide connection without my username and password from the first time I used the system a year ago. (And no, there’s no option to create a new account.)  I set up a ride from my apartment and headed out per Uber instructions to await my ride by the bus stop 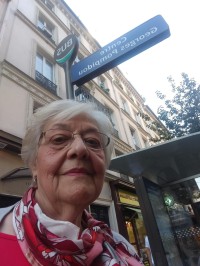 Well, 15 steps, a large courtyard, a long cobblestone corridor and five storefronts separate me from the lobster, and of course there was no internet to connect me and my ride.  I waited anxiously, but the Uber driver (black Peugeot, license CSSQ4….) never came.

And of course, every taxi that sped by was full … So 4:30 came and went … 4:45… Obviously, Bach and I were not going to make our date night.  Distraught, I alternately considered crying or maybe heading “home” to watch Glenn Gould play the Goldberg Variations on YouTube and eat a hamburger 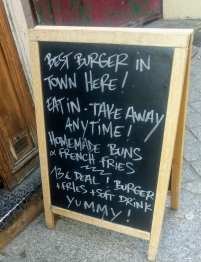 from the little stand next door…

Instead, I limped meekly to my favorite café. 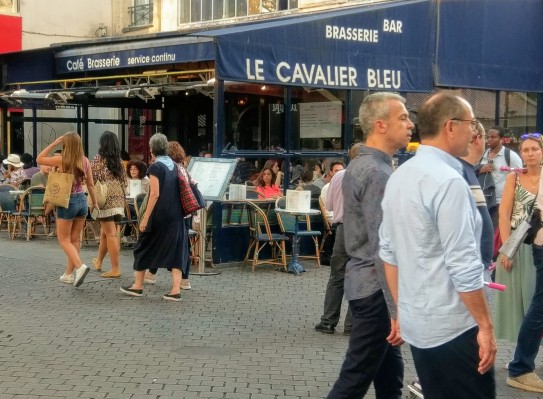 I needed to regroup with a Kir Royale, and decide whether to also cancel my much-anticipated post-concert dinner reservation.  But then, who should appear by my table, but Charming Prince holding a glass slipper (ok a cell phone).  My good friend, the waiter, (we’ve “known” each other for two years) connected me to the café’s private WIFI and told me to wait for the Uber there.

Later in the evening, after dinner, my second rescuer-Prince (or is it resident Super Hero?), the restaurant maître’de, connected me to his personal WIFI so I could Uber home.  (The restaurant was built in the 1100s, do you expect it to have WIFI-wiring?)

And the saga of amazing people, the evening of wonderful lemonade squeezed from lemons just got better. At the restaurant, I feasted on escargot and pink trout almandine over flava beans, 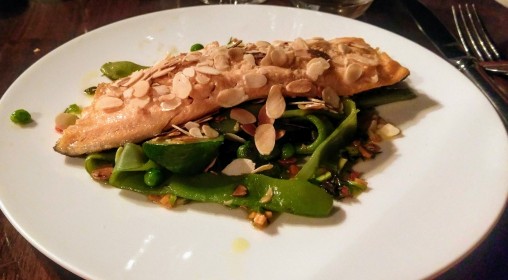 but I was just too full for the opulent crème brulee. I settled instead for a glass of marc and offered to take a picture of the couple sitting next to me.  Of course, the picture, the marc and their tarte de pomme morphed into a mutual admiration conversation of all things Parisian.  Here we sat, chatting friends in a restaurant named Le Coupe Chou (the cup of cabbage), so named for a haircut administered by the building’s resident Sweeney Todd barber sometime in the deep past.  Oh yes, and here, the waiter told us, also ate the Beatles, the Queen of Denmark and the Rolling Stones …

The same Stones once sang You can’t always get what you want, but sometimes, I think, what you get instead can be even better – like meeting strangers in a far land who become “friends” for a day …. 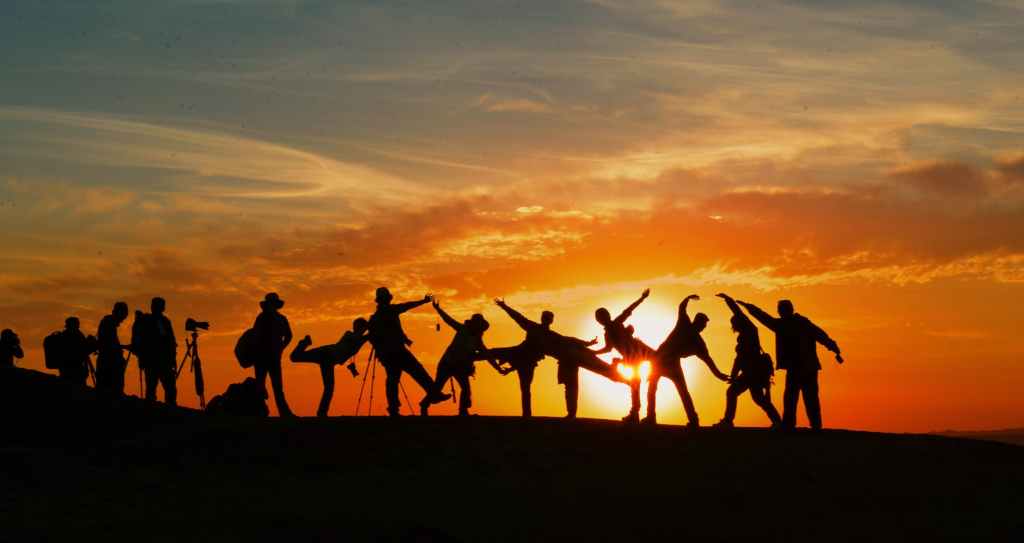 Day 3 ~ A day of ups and downs I will long celebrate.

Photo by Pixabay on Pexels.com

5 thoughts on “Uber-Lost in the Afternoon”

This site uses Akismet to reduce spam. Learn how your comment data is processed.